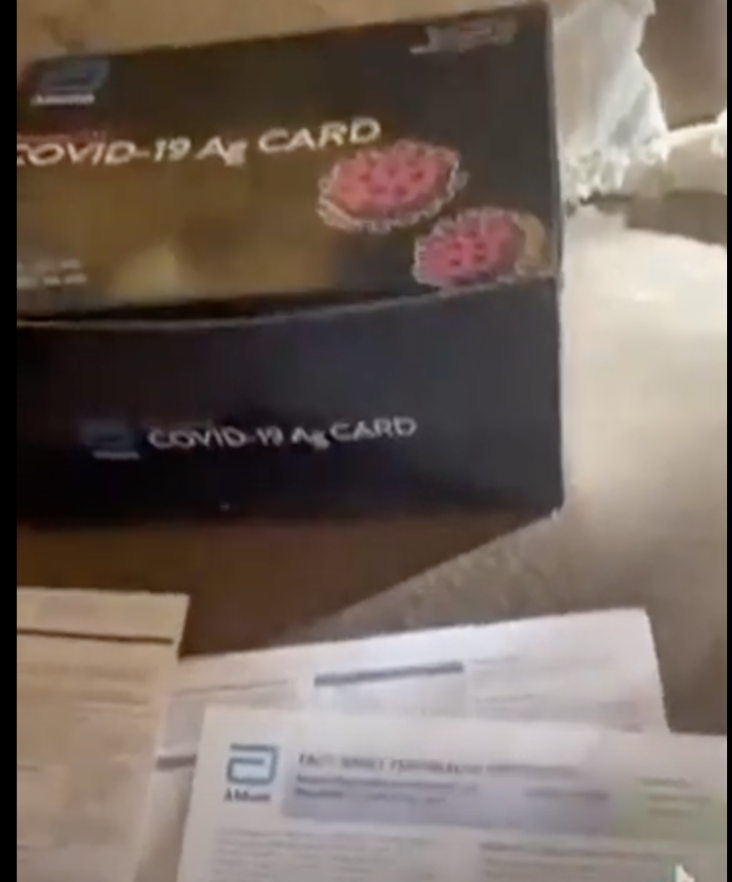 by A Concerned Parent

One day last spring, my children had arrived home from school, telling me they’d been approached by a shady looking man who’d been hanging around on a street corner.

Well, he had packets of cigarettes Dad, and he was giving them away to us and our friends for nothing.

Dropping everything, desperate to protect them, I rung the school and was put through to the headteacher.

“Hello? What you gonna do about this?”

Er… hmm. Nothing to worry about. This man works for the school. Twice a week, on into the future.

Calm down, sir. It’s school policy and fully in line with new Department of Health guidelines.

We’re in no position to question it. We simply have to do as we’re told to protect your children’s health. All schools have adopted the free cigarettes approach, up and down the country. Ours is not to reason why. Ours is but…

“BUT… BUT… BUT… what do you mean, protect their health? You gotta stop this man now. Cigarettes are carcinogenic. My kids could get cancer and die!”

Not our problem. Take it up with your MP.

The kits that our children are officially encouraged to insert deep into their nasal cavities and mouths twice a week if they want to remain safe, clear of infection and be able to attend school with their friends.

The kits that schools have been handing out in their millions without consulting or warning us about the contents.

Yes, the kits that appear to be extremely hazardous to our children’s health.

But even before I’d contacted my MP, I quickly discovered something else. I’d sent an urgent email to my children’s school.

Keeping it cordial, I asked them why they hadn’t told us about the ethylene oxide on the lateral flow testing swabs. They responded very quickly, explaining the situation. They said, “Neither the DfE, Public Health England nor the local authority have brought to our attention any risks associated with the use of these lateral flow device home test kits.” They said I could rest assured that the government had rigorously tested the kits and found them to be safe.

To support this, inside their email was a link to a Department of Health and Social Care (“DHSC”) guidance document entitled “Understanding Lateral Flow Testing for People Without Symptoms”. This in turn linked to a ‘rigorous validation process’ commissioned at the UK government’s science labs in Porton Down, Wiltshire on 15th January 2020.

Here’s a quote from the DHSC guidance:

“Lateral flow tests used by the UK government go through a rigorous evaluation by the country’s leading scientists. This means they are accurate, reliable and successfully identify those with COVID-19 who don’t show symptoms and could spread the virus without realising.”- DHSC: Understanding lateral flow testing for people without symptoms

What does Porton Down Say?

It was at this point that I discovered something else that was extremely disturbing. Based at Porton Down, these leading scientists’ methodology covered the following:

But as you can see, something important was missing. Nowhere was the crucial area of our children’s safety mentioned! And it didn’t confirm the presence of ethylene oxide. The alleged ‘rigorous process’ had been limited to robustness, futility, failure, and that was it. Any risk to the health of the UK’s children and adults was never considered by these “leading scientists.” Or if they did cover public health, they weren’t telling us.

And despite me warning my children’s school of the dangers, they hadn’t bothered to alert anybody else. So, the other children and their parents would remain in the dark, unaware of the ethylene oxide, which had been described last year by Public Health England online as a ‘dangerous, carcinogenic chemical compound’.

Fast forward to today and chillingly, this description has now been altered to remove the words ‘dangerous’ and ‘carcinogenic’. Which looks like very suspicious behaviour.

So, the school had failed to acknowledge my worries about the presence of ethylene oxide, and should my children agree to go ahead and volunteer for the tests, they would be willingly putting themselves at risk.

What does Public Health England Say?

Before contacting my MP, the next port of call was Public Health England (now known as UKHSA) in the North West:

They responded, ‘Lateral flow tests have been rigorously tested and are safe to use on a regular basis. Any suggestion otherwise is inaccurate and harmful misinformation.’

They went on to suggest the manufacturers (no names were given) have confirmed that 1-2ug/g (one to two micrograms per gram} of ethylene oxide is used in the swabs, which is well within national / international safety standards. However, they failed to identify the international safety standards or provide a link to them. So, it appears members of the public are expected to take their word for it and walk away satisfied.

Four days later I contacted Simone White, Wirral’s Director of Public Health. She gave me a similar assurance that remaining levels of ethylene oxide on swabs were ‘below limits that would be considered hazardous to public health’.

I responded, “What’s not taken into account is the twice-weekly, on into the future, repeated, invasive insertion into the body of a proven, cancer-causing chemical agent. There may be cumulative dangers … my own personal judgment is that it would be unwise to do nothing, proceed and willingly jeopardise my own children’s health. Another red flag here is the collective decision by government, schools and your own department to not directly inform the public of the presence of a cancer-causing substance, despite the claims to ‘rigorous testing’.”

These officials’ evasiveness, their removal of uncomfortable words from health and safety documents and a penchant for singing the same lines from the same hymn sheet had me wondering, “What on earth have they got to hide?”

What do Members of Parliament Say?

I then contacted Angela Eagle, my MP.

After some toing and froing, she responded with the same empty assurances – again backed by no evidence whatsoever.

I asked her to take it higher and she obliged by forwarding my concerns to Gavin Williamson MP, the then Secretary of State for Education.

He didn’t bother to respond.

I pressed her again and she contacted Lord Bethell, not a name I was familiar with, but he spoke for the Department of Health and Social Care in the House of Lords. This was his response:

Lord Bethell’s ill-considered reply, which bizarrely referred to ‘misinformation from UK citizens’, trotted out the same empty assurances and failed to respond to my clear, central concern; the potential for a cumulative build-up of ethylene oxide in our children’s tissues or bloodstream due to twice-weekly use.

His letter also amounted to a non-response to an extremely urgent query. This was very poor engagement indeed for somebody occupying high office inside the House of Lords. Moreover, despite the obvious urgency, I had been made to sit and wait two months for an answer while millions of tests were undertaken by children across the country, who were trusting their teachers, as children usually do.

To compound the issue still further, this lateral flow testing process moved on from schools and went fully mainstream across England in early April 2021. But even to this day, the British public have never been informed of any potential risk and are ill advised or groping around in the dark.

If the UK government are expecting our informed consent before undertaking these tests, it surely is time for Prime Minister Boris Johnson to stop being secretive and to openly inform the British public of the dangers, the lax approach of his scientists, the doctoring of health and safety documents, and the poor response by those with the power to speak out, act and ease the public’s concerns.

Direct from UK Lawyer Anna De Buiscuit
“SHARE SHARE SHARE!!!
Breaking news. share on all platforms: FDA document admits “Covid” PCR test was developed without isolated samples for test calibration, effectively admitting it’s testing something else.
A document just released by the U.S. Food and Drug Administration (FDA) openly admits that the infamous PCR test for the Wuhan coronavirus (Covid-19) was developed not with actual samples, but rather with what appears to be genetic material from a common cold virus.
In the FDA document, it is clearly stated that ordinary seasonal flu genetic material was used as the testing marker in the PCR test kits because the authorities knew that many people would test “positive” for it, thus allowing them to use these results to create the “Covid” narrative.
It is somewhat of a lengthy read, but have a look for yourself and see the deception in plain sight. There is no legitimate test out there that accurately identifies the presence of SARS-CoV-2. From the document:
“Since no quantified virus isolates of the 2019-nCoV were available for CDC use at the time the test was developed and this study conducted, assays designed for detection of the 2019-nCoV RNA were tested with characterized stocks of in vitro transcribed full length RNA (N gene; GenBank accession: MN908947.2) of known titer (RNA copies/µL) spiked into a diluent consisting of a suspension of human A549 cells and viral transport medium (VTM) to mimic clinical specimen.”
Another revelation in the document is the admission by the FDA that test results are “pooled” together to produce numbers that are inaccurate. The FDA is quite literally manufacturing data to support a false narrative.
We are now at a crossroads worldwide. The time is upon us to decide if we are going to allow this type of medical fascism to persist, and impact upon the futures of our children. Or if we are finally going to say no to tyrannical government policy.
You can DOWNLOAD THE DOCUMENT HERE: https://www.fda.gov/media/134922/download
www.fda.gov (http://www.fda.gov/)
fda.gov (http://fda.gov/)
www.fda.gov (http://www.fda.gov/)
fda.gov (http://fda.gov/)

The Exposé is now censored by
Google, Facebook, Twitter & PayPal
So we need your help to ensure
we can continue to bring you the
facts the mainstream refuse to…

We’re not funded by the Government
to publish lies and propaganda on their
behalf like the mainstream media.
Instead we rely solely on your support, so
please support us in our efforts to bring you
honest, reliable, investigative journalism.
It’s quick and easy…

Please choose your preferred
method to show your support 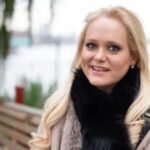 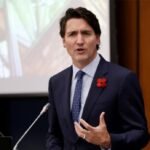