Roughly two decades ago, Toyota Motor became the preferred carmaker of U.S. environmentalists and eco-conscious consumers with its Prius hybrid, an “electrified” vehicle that was among the cleanest and most fuel-efficient vehicles ever produced.

Amid rising gas prices, demand for the vehicle grew and inspired other automakers to roll out a litany of hybrid models. Prius vehicles, including a plug-in hybrid electric model, remain among the most fuel-efficient, gas-powered cars in America.

But as the auto industry transitions to a battery-powered future, the Japanese automaker has fallen out of favor with some of its once-core supporters due, ironically, to the Prius and Toyota’s hesitancy to invest in all-electric vehicles.

“The fact is: a hybrid today is not green technology. The Prius hybrid runs on a pollution-emitting combustion engine found in any gas-powered car,” Katherine García, director of the Sierra Club’s Clean Transportation for All campaign, wrote in a recent blog post.

Greenpeace last week ranked Toyota at the bottom of a study of 10 automakers’ decarbonization efforts, citing slow progress in its supply chain and sales of zero-emission vehicles such as EVs that totaled less than 1% of its overall sales.

While automakers such as General Motors, Volkswagen and others vowed to invest billions of dollars in recent years to develop all-electric vehicles that don’t require gas-powered engines like the Prius, Toyota lagged, only more recently announcing similar investments. It also continues to invest in a portfolio of “electrified” vehicles – ranging from traditional hybrids like the Prius to its recently launched, yet underwhelming, bZ4X electric crossover.

The strategy has pitted the world’s largest automaker in opposition to many of its rivals, and raised questions about its commitment to a sustainable path forward for the industry, despite company targets to be carbon neutral by 2050.

Toyota is not alone in such plans. Stellantis, Ford and the other Japanese automakers are similarly investing in electrified hybrid models. But in the hands of the patriarch of mainstream hybrid vehicles, a conservative approach to EVs is notable.

Toyota executives, while increasing investments in all-electric vehicles, argue the company’s strategy is justified — not all areas of the world will adopt EVs at the same pace due to the high cost of the vehicles as well as a lack of infrastructure, they say.

“For as much as people want to talk about EVs, the marketplace isn’t mature enough and ready enough … at the level we would need to have mass movement,” said Jack Hollis, executive vice president of sales at Toyota Motor North America, last month during a virtual Automotive Press Association meeting.

In December, Toyota announced plans to invest 4 trillion yen, or now about $28 billion, in a lineup of 30 battery-powered electric vehicles by 2030. At the same time, it’s continuing to invest in hybrids like the Prius and other potential alternatives to battery-electric vehicles.

“We want to provide each person with a way that they can contribute the most to solving climate change. And we know that that answer is not to treat everybody the same way,” said Gill Pratt, Toyota chief scientist and CEO of the Toyota Research Institute, during a media event last month in Michigan.

Weeks ago, the company announced it would devote up to $5.6 billion for hybrid and all-electric battery production in Japan and the U.S. to assist its previously announced plans. That may sound like a lot, but it’s dwarfed by others like GM and VW.

GM, for example, has set a goal to exclusively offer zero-emissions, electric vehicles by 2035, including its Cadillac and Buick brands by 2030. Several other automakers have made similar vows or set targets for 50% or more of their vehicles sold in North America to be all electric.

Toyota has a goal to sell 3.5 million electric vehicles per year by 2030, which would be more than a third of its current sales. Those sales include about 1 million units from its luxury Lexus brand, which plans to exclusively offer EVs in Europe, North America and China by then.

Toyota Motor Corporation cars are seen at a briefing on the company’s strategies on battery EVs in Tokyo, Japan December 14, 2021.
Kim Kyung-hoon | Reuters

Paul Waatti, manager of industry analysis at AutoPacific, believes Toyota is “definitely on the conservative” side when it comes to electric vehicles, but that isn’t necessarily a bad thing for such a large automaker.

“I think they’re hedging their bets,” he said. “From a global perspective, a lot of markets are moving at different paces. U.S. is slower than Europe and China in EV adoption but there are other markets where there’s no infrastructure at all. To take a varied approach in powertrains makes sense for a global automaker.”

In 2021, Toyota sold 10.5 million vehicles in approximately 200 countries and regions, more than any other global automaker, including those by affiliates Daihatsu Motors and Hino Motors. Volkswagen – the world’s second-largest automaker – sold 8.9 million vehicles in 153 countries, and GM and its joint ventures sold 6.3 million vehicles, primarily in North America and Asia.

Toyota believes all-electric vehicles are one solution, not the solution, for the company’s goal to become carbon neutral.

“In the distant future, I’m not investing assuming that battery electrics are 100% of the market. I just don’t see it,” said Jim Adler, founding managing director Toyota Ventures, the automaker’s venture capital unit. “It really will be a mixed market.”

Toyota executives expect different areas of the world to adopt electric vehicles at varying rates, largely based on available energy, infrastructure and raw materials needed for the batteries to power the vehicles.

Hydrogen fuel cell-powered vehicles operate much like battery-electric ones but are powered by electricity generated from hydrogen and oxygen, with water vapor as the only byproduct. They’re filled up with a nozzle almost as quickly as traditional gas and diesel vehicles.

“BEV, fuel cell, plug-in hybrids, all those reduction tools are going to happen, and they’re all important,” Hollis said.

Toyota said it is also looking into e-fuels, which officials say is a climate neutral fuel to replace gasoline in nonelectric vehicles.

And middle-ground options tend to come with lower price tags.

The batteries in electric vehicles are extremely costly, and the prices continue to increase due to inflation and demand for materials such as lithium, cobalt and nickel that are needed to produce the battery cells.

Raw material costs for electric vehicles more than doubled during the coronavirus pandemic, according to consulting firm AlixPartners.

That makes Toyota’s hybrid strategy somewhat economical — relatively speaking. Toyota also contends that there just aren’t enough of such minerals to go around.

The Metals Co., a Canadian-based start-up, estimates there is significantly insufficient production of battery-grade nickel, cobalt and manganese sulfate to reach U.S. EV targets by 2030.

The publicly traded mining company forecasts that even if all forecast nickel sulfate production through 2030 from U.S. and free trade agreement countries went into producing electric vehicles, it would supply less than 60% of EV targets set by automakers during that timeframe. 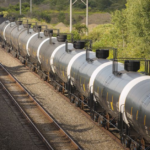