A Canadian Forces veteran seeking treatment for post-traumatic stress disorder and a traumatic brain injury was shocked when he was unexpectedly and casually offered medical assistance in dying by a Veterans Affairs Canada (VAC) employee, sources tell Global News.

Sources say a VAC service agent brought up medical assistance in dying, or MAID, unprompted in the conversation with the veteran. Global News is not identifying the veteran who was seeking treatment.

Sources close to the veteran say he and his family were disgusted by the conversation, and feel betrayed by the agency mandated to assist veterans. The sources said the veteran was seeking services to recover from injuries suffered in the line of duty, and had been experiencing positive improvements in his mental and physical health. They say the unprompted offer of MAID disrupted his progress and has been harmful to the veteran’s progress and his family’s wellbeing.

Global News has also learned of follow-up calls in which the agency apologized to the veteran but only after he lodged multiple complaints with VAC.

In a statement, Veterans Affairs confirmed the department is aware of what they called an incident between a veteran and VAC employee “where medical assistance in dying was discussed inappropriately.”

“VAC deeply regrets what transpired,” the statement reads, adding the agency is investigating the incident and that “appropriate administrative action will be taken.” VAC would not discuss the nature of the ongoing investigation or specifics of what consequences the employee might face, citing privacy concerns.

The department also did not answer Global News’ questions about how many times assisted dying has been offered to veterans through this particular VAC employee or others at Veterans Affairs, or what guidance employees have been given about providing such advice.

Sources who spoke to Global News are concerned this is not an isolated incident and that more veterans could be inappropriately offered assisted dying, putting their lives and mental health at risk. They added they are worried other veterans have already received similar offers, which have not been verified by Global News.

Medical assistance in dying became legal in Canada in 2016, with further amendments passed in 2021 that broadened who could request the procedure. Another change allowing people with mental disorders to access assisted dying is set to go into effect in March 2023.

The law clearly states that requesting assisted dying is subject to discussions between patients and primary care providers, which the Veterans Affairs statement also highlighted.

The department did note, however, that it may offer assistance to veteran clients and their families after the veteran has already made the decision to pursue an assisted death with their primary care provider.

Veterans Affairs did not answer Global News’ questions about how many veterans have accessed agency resources to proceed with assisted dying.

Veterans who spoke to Global News said their concern about VAC offering assisted dying stems from the mental health impact it could have on veterans.

A 2017 Veterans Affairs report showed that Canadian Forces veterans have a higher risk of suicide compared with the average population.

The federal government introduced a suicide-prevention strategy for military personnel and veterans that same year after a rash of suicides during the last few years of the war in Afghanistan cast a spotlight on the issue.

The strategy promised to improve the services and support available to military members and veterans in the hope of increasing awareness and reducing the number of suicides in both populations.

That included adding more medical staff, training personnel on how to respond if someone shows warning signs of suicide and introducing new measures to ease the transition to civilian life for those leaving the Forces.

The latest report from the Department of National Defence found that 12 Canadian Forces members died by suicide in 2021, while 69 others died between 2015 and 2019.

Veterans advocates told Global News they are concerned the numbers may be higher than what is formally being tracked by the federal government.

— with files from the Canadian Press 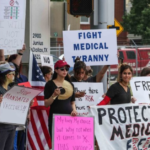 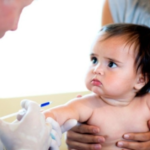