‘Vaccine killing children instead of protecting them’

The Pentavalent vaccine (PV), which was introduced by India six years ago, doubled the deaths of children soon after vaccination, compared to the DPT (Diphtheria-Pertussis-Tetanus) vaccine, says a new study that calls for a “rigorous review of the deaths following vaccination with PV”.

The study was conducted by Professor V. Sreenivas, Professor of Biostatistics, All India Institute of Medical Sciences. Government of India data was used throughout the study. It was published in the peer-reviewed Wolters Kluwer Health’s journal, and the medical journal of Dr D.Y. Patel University.

Starting December 2011, two new vaccines against Haemophilus influenza type B (Hib) and hepatitis B were added to the DPT vaccine, which was being used in the country. The combined vaccine was called the Pentavalent vaccine (PV). Even before it was introduced in India, there were reports of deaths allegedly because of the use of the PV vaccine in Sri Lanka and Bhutan. Nevertheless, PV was introduced into India’s immunisation programme to replace DPT vaccine. It was introduced in a staged manner, state by state, starting from Kerala. On the very first day itself, there was a death in Kerala.

The Sunday Guardian reported in November 2016 that a total of 273 deaths had taken place after the introduction of PV (237 deaths by Pentavalent vaccine and still counting, 13 November 2016). The deaths have continued. Recently newspapers reported the death of two babies, twins, following PV vaccination. The Ministry of Health has promised to study the huge increase in the number of such deaths recently, but the general narrative has been that these deaths are coincidental.

The study was done to find out if these deaths were coincidental or vaccine induced. It is known that when a very large number is vaccinated, coincidental adverse events including deaths due to sudden-infant-death-syndrome (SIDS) that are temporally associated with vaccination, do occur. It is said that the deaths associated with PV are in this category, associated temporally with immunisation but not related to vaccination or the vaccine used. Data on all deaths following immunisation reported to the government machinery from April 2012 to May 2016 was obtained under the Right to Information Act. Data on deaths within 72 hours of administering DPT and PV from different states were used for the study.

For the study, the authors assumed that all deaths within 72 hours of receiving DPT were natural deaths. Using this figure as the baseline, they presumed that any increase in the number of deaths above this baseline among children receiving PV must be caused by this vaccine. The data on DPT deaths from each state was noted only after PV had been introduced there and it was being phased in. This ensured that the deaths were all reported from the state, using the same surveillance system.

“There is likely to be 7,020 to 8,190 deaths from PV each year if data from states with the better reporting namely Manipur and Chandigarh are projected nationwide,” the report claims.

The authors note that while the study looks at the short-term increase in deaths (within three days of vaccination), not all AEFI deaths occur within 72 hours and the calculations underestimate the total deaths from AEFI.

The Cochrane Collaboration is an independent organisation, which evaluated the medical interventions. It found that PV produces less immunity and more local reactions than when they were administered separately. Therefore this combination vaccine is not used in the United States, where there has not been any serious adverse events with these vaccines given separately.

For developing countries too, it can be argued that the same benefit against lethal diseases can be achieved if the vaccines DPT, Hib and hepatitis B are given separately as it is done in the US, and it may be safer.

In the spirit of open-data, all the figures used in the analysis have been provided online for verification by experts. “These findings of differential death rates between DPT and PV from a very large cohort do call for further rigorous prospective population-based investigations,” the study concludes. 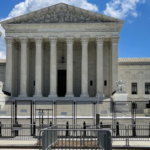 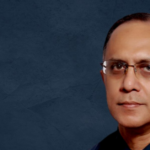 Home » covid » ‘Vaccine killing children instead of protecting them’