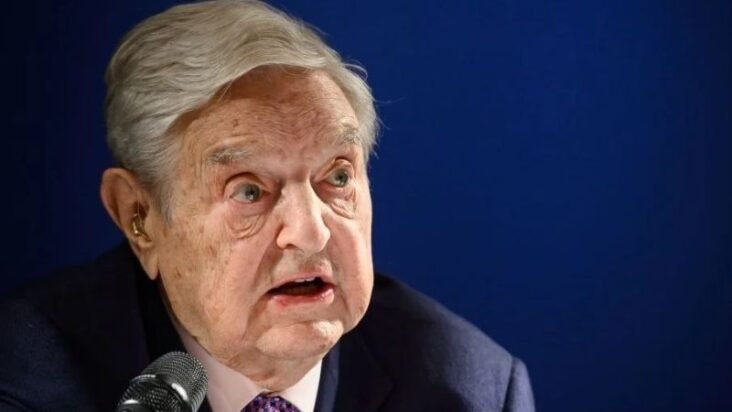 Editor’s note: John Solomon’s columns regarding Ukraine became a subject of the House Intelligence Committee’s impeachment inquiry against President Trump. Any updated information can be found at the end of the column.

While the 2016 presidential race was raging in America, Ukrainian prosecutors ran into some unexpectedly strong headwinds as they pursued an investigation into the activities of a nonprofit in their homeland known as the Anti-Corruption Action Centre (AntAC).

The focus on AntAC – whose youthful street activists famously wore “Ukraine F*&k Corruption” T-shirts – was part of a larger probe by Ukraine’s Prosecutor General’s Office into whether $4.4 million in U.S. funds to fight corruption inside the former Soviet republic had been improperly diverted.

The prosecutors soon would learn the resistance they faced was blowing directly from the U.S. Embassy in Kiev, where the Obama administration took the rare step of trying to press the Ukrainian government to back off its investigation of both the U.S. aid and the group.

“The investigation into the Anti-Corruption Action Center (sic), based on the assistance they have received from us, is similarly misplaced,” then-embassy Charge d’ Affaires George Kent wrote the prosecutor’s office in April 2016 in a letter that also argued U.S. officials had no concerns about how the U.S. aid had been spent.

At the time, the nation’s prosecutor general had just been fired, under pressure from the United States, and a permanent replacement had not been named.

A few months later, Yuri Lutsenko, widely regarded as a hero in the West for spending two years in prison after fighting Russian aggression in his country, was named prosecutor general and invited to meet new U.S. Ambassador to Ukraine Marie Yovanovitch.

Lutsenko told me he was stunned when the ambassador “gave me a list of people whom we should not prosecute.” The list included a founder of the AntAC group and two members of Parliament who vocally supported the group’s anti-corruption reform agenda, according to a source directly familiar with the meeting.

It turns out the group that Ukrainian law enforcement was probing was co-funded by the Obama administration and liberal mega-donor George Soros. And it was collaborating with the FBI agents investigating then-Trump campaign manager Paul Manafort’s business activities with pro-Russian figures in Ukraine.

The implied message to Ukraine’s prosecutors was clear: Don’t target AntAC in the middle of an America presidential election in which Soros was backing Hillary Clinton to succeed another Soros favorite, Barack Obama, Ukrainian officials said.

“We ran right into a buzzsaw and we got bloodied,” a senior Ukrainian official told me.

Lutsenko suggested the embassy applied pressure because it did not want Americans to see who was being funded with its tax dollars. “At the time, Ms. Ambassador thought our interviews of the Ukrainian citizens, of the Ukrainian civil servants who were frequent visitors in the U.S. Embassy, could cast a shadow on that anti-corruption policy,” he said.

State officials told me privately they wanted Ukraine prosecutors to back off AntAC because they feared the investigation was simply retribution for the group’s high-profile efforts to force anti-corruption reforms inside Ukraine, some of which took authorities and prestige from the Prosecutor General’s Office.

But it was an unusual intervention, the officials acknowledged. “We’re not normally in the business of telling a country’s police force who they can and can’t pursue, unless it involves an American citizen we think is wrongly accused,” one official said.

In the end, no action was taken against AntAC and it remains thriving today. Nonetheless, the anecdote is taking on new significance.

First, it conflicts with the State Department’s official statement last week after Lutsenko first mentioned the do-not-prosecute list. The embassy responded that the claim was a fabrication and a sign that corruption is alive and well inside Ukraine.

But Kent’s letter unequivocally shows the embassy did press Ukrainian prosecutors to back off what normally would be considered an internal law enforcement matter inside a sovereign country. And more than a half-dozen U.S. and Ukrainian sources confirmed to me the AntAC case wasn’t the only one in which American officials exerted pressure on Ukrainian investigators in 2016.

When I asked State to explain the letter and inclusion of the Soros-connected names during the meeting, it demurred. “As a general rule, we don’t read out private diplomatic meetings,” it responded. “Ambassador Yovanovitch represents the President of the United States in Ukraine, and America stands behind her and her statements.”

Second, the AntAC anecdote highlights a little-known fact that the pursuit of foreign corruption has resulted in an unusual alliance between the U.S. government and a political mega-donor.

The Hungarian-American businessman is one of the largest donors to American liberal causes, a champion of the U.S. kleptocracy crackdown and a man with extensive business interests in Ukraine.

One key U.S. partner was AntAC, which received 59 percent (or $1 million) of its nearly $1.7 million budget since 2012 from U.S. budgets tied to State and Justice, and nearly $290,000 from Soros’s International Renaissance Foundation, according to the group’s donor disclosure records.

The U.S.-Soros collaboration was visible in Kiev. Several senior Department of Justice (DOJ) officials and FBI agents appeared in pictures as participants or attendees at Soros-sponsored events and conferences.

One attendee was Karen Greenaway, then the FBI supervisor in charge of international fraud cases and one of the lead agents in the Manafort investigation in Ukraine. She attended multiple such events and won glowing praise in a social media post from AntAC’s executive director.

In one event during 2016, Greenaway and Ambassador Yovanovitch participated alongside AntAC’s executive director, Daria Kaleniuk, and Lutsenko was present. The message was clear: The embassy supported AntAC.

The FBI confirmed Greenaway’s contacts with the Soros group, saying they were part of her investigative work: “In furtherance of the FBI’s mission and in the course of their duties, FBI employees routinely travel and participated in public forums in an official capacity. At a minimum, all such travel and speaking engagements are authorized by the employee’s direct supervisor and can receive further authorization all the way up to the relevant division head, along with an ethics official determination.”

Greenaway recently retired, and Soros’s AntAC soon after announced she was joining its supervisory board.

Internal memos from Soros’s umbrella charity organization, Open Society Foundations, describe a concerted strategy of creating friendships inside key government agencies such as State, DOJ and the FBI that can be leveraged inside the countries Soros was targeting for anti-corruption activism.

“We have broadly recognized the importance of developing supportive constituencies in order to make headway in tightening the global web of anti-corruption accountability,” a Feb. 21, 2014, memo states. “We first conceived of this in terms of fostering and helping to build a political environment favorable to high-level anti-corruption cases.”

That same memo shows Soros’s organization wanted to make Ukraine a top priority, starting in 2014, and planned to use the Anti-Corruption Action Centre as its lead.

The memo included a chart of Ukrainians the Soros team wanted to have pursued, including some with ties to Manafort.

Documents posted online by Open Society Foundations show that after U.S. officials scored some early successes in corruption cases in Ukraine, such as asset forfeitures, AntAC requested to receive some of the seized money.

Spokespersons for AntAC and Open Society Foundations did not respond to repeated requests for comment.

Michael Vachon, a spokesman for Soros, deferred any comment about AntAC to the group. But he did he confirm his boss supported the continued investigation of Russia collusion allegations against Trump well past 2016.

Vachon said Soros wrote a sizable check from his personal funds in fall 2017 to a new group, Democracy Integrity Project, started by a former FBI agent and Senate staffer Daniel Jones to continue “investigation and research into foreign interference in American elections and European elections.”

Vachon said the group asked Soros not to divulge the size of his contribution, and Soros later learned the group hired Fusion GPS, the same firm that was paid by Hillary Clinton’s campaign and the Democratic Party to create the infamous “Steele dossier” alleging Trump-Russia collusion.

The he said-she said battle playing out between Ukraine’s chief prosecutor and the American ambassador doesn’t benefit either side, but an honest, complete and transparent account of what the embassy communicated to Ukraine’s law enforcement does.

And the tale of AntAC raises some cogent questions:

Someone in State and Congress should try to get the answers.

John Solomon is an award-winning investigative journalist whose work over the years has exposed U.S. and FBI intelligence failures before the Sept. 11 attacks, federal scientists’ misuse of foster children and veterans in drug experiments, and numerous cases of political corruption. He serves as an investigative columnist and executive vice president for video at The Hill.

Editor’s note: Daria Kaleniuk, co-founder and executive director of the Anti-Corruption Action Center (AntAC) cited in this column, wrote an April 2, 2019, column refuting the claims against her organization, against U.S. Ambassador Marie Yovanovitch, and the description of AntAC’s funding.

The column cites a letter by then-U.S. embassy Charge d’Affaires George Kent objecting to Ukrainian investigations of AntAC, and prosecutor Yuriy Lutsenko’s claim that he was given a do-not-prosecute list by Yovanovitch.

Testifying to the House impeachment inquiry in the fall of 2019, Yovanovitch said Lutsenko’s statement was “completely false” and that U.S. embassy and State Department officials worried that the investigations of AntAC were politically motivated.

Kent, promoted to deputy assistant secretary of State for European and Eurasian affairs in September 2018, testified during the House inquiry that he shared those concerns and, in a House deposition, described the accusations leveled against Yovanovitch as “unfounded and false claims by people with clearly questionable motives.”

Lutsenko subsequently revised his account of the do-not-prosecute list several times. In April 2019, he told a Ukrainian newspaper that he reached for pen and paper and asked the ambassador for the list, and he described the earlier account in a Hill.TV interview as a translation error; according to Polygraph.info, a translation project of Voice of America and Radio Free Europe, such an error did occur because Lutsenko said Yovanovitch “voiced” (using the Ukrainian word “oholosyla”) a list. In an interview with The New Yorker in November, Lutsenko said he wrote the list himself, then ripped it up as Yovanovitch watched.

The column mentions Ukrainian oligarch Dmitry Firtash, who was represented at the time by U.S. attorneys Lanny Davis and Dan Webb. Firtash later replaced them with U.S. attorneys Victoria Toensing and Joseph diGenova, both long-time legal representatives for John Solomon. 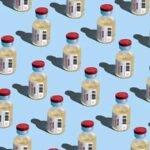 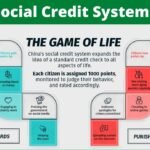