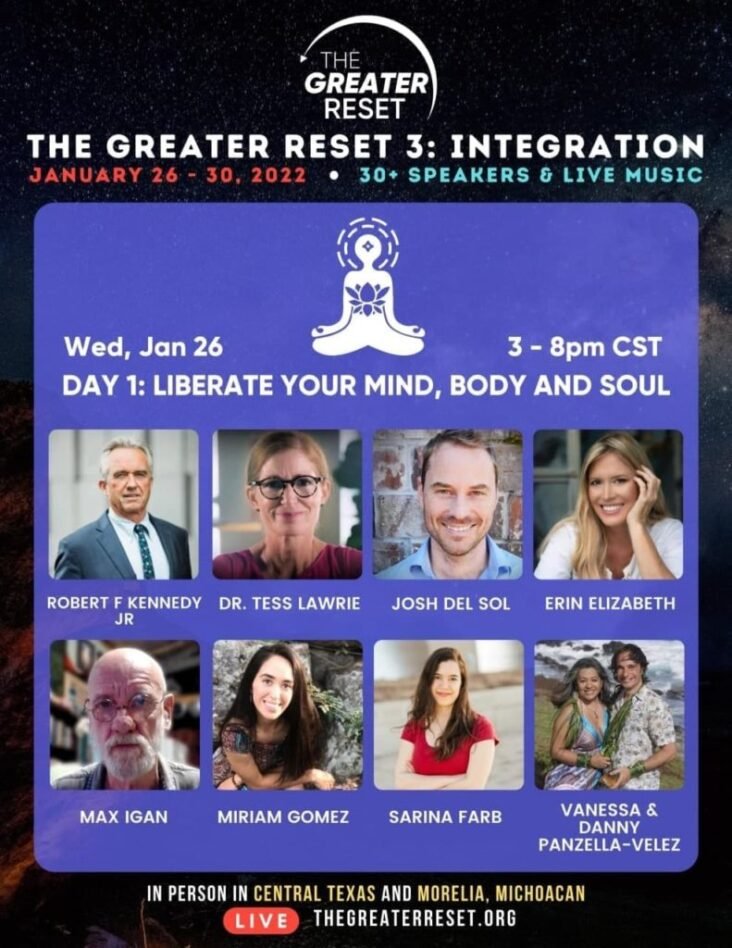 In June of 2020, the World Economic Forum launched an initiative known as The Great Reset—an agenda seeking centralization of power over the planet’s resources in reaction to the COVID-19 pandemic to reshape the direction of humanity under the guise of economic reform and sustainable development.

Soon thereafter, people around the world began to recognize what it really was; a megalomaniacal power grab by the ruling class. As the pandemic rolled on and governments continued imposing more tyrannical health mandates on their own citizens, a global uprising against this “new normal” was sparked.

Critical thinkers quickly came together to launch their own initiative: The Greater Reset. An effort to educate, inspire and galvanize the public to pursue peaceful means of opposing the implementation of the World Economic Forum’s vision for the planet’s future.

Organized by investigative journalist Derrick Broze, The Greater Reset has now hosted two multi-day events in Mexico and Texas featuring dozens of empowering speakers and workshops aimed at providing solutions to those who wish to build a freer, more peaceful, and prosperous world instead of living in 1984 under the Technocratic State.

On January 26, the movement for a People’s Reset returns for it’s third installment!

Over the course of five days from January 26 to January 30, tech pioneer Ramiro Romani, activist entrepreneur John Bush, and Derrick Broze will host The Greater Reset 3, an activation event where brilliant minds from around the world will speak to a live audience both in person at events in Morelia, Mexico and in central Texas, as well as online to thousands of viewers at TheGreaterReset.org and at Activation Hubs in over a dozen countries.

The first day of The Greater Reset 3: Integration will feature talks from speakers focused on prioritizing mental, physical and spiritual health, as it is a key element in optimizing the next step in humanity’s liberation.

Revolution without healing is a recipe for disaster.

The second day of The Greater Reset 3: Integration will feature talks from speakers who believe the answers to our problems can be found in exiting the current oppressive systems and building better ones based on voluntaryism, mutual exchange, and respect for individual liberty.

It’s never been more important to opt-out of the Technocratic State.

The third day of The Greater Reset 3: Integration will feature talks from speakers who specialize in implementing permaculture, regenerative agriculture, and urban farming.

It is vital that we build better ways for communities to sustainably feed themselves in harmony with the planet.

Day 4: Take Back Our Tech

The fourth day of The Greater Reset 3: Integration will feature talks from speakers who believe in the need for decentralized technologies and encrypted methods of communication to protect one’s privacy and to prevent censorship.

Technology is a double-edged sword with the potential to spy and control, as well as empower and liberate.

The final day of The Greater Reset 3: Integration will focus on implementing the knowledge gained from previous days, featuring talks from speakers on creating intentional communities, eco-villages, and agoras which take a holistic approach to building a better world.

Closing out the fifth day of festivities will be musical performances from So/Below, 33, and Alais Clay that reflect these messages.

The Activation Starts With You

All too often amid the relentless deluge of despotism, many people find themselves wondering how can we stop it. How can people come together to not only oppose authoritarianism; but challenge these oppressive systems ingrained in our society that create so much suffering?

Cliche as it may sound, we do have the power. The power of the people is insurmountable when it is properly utilized.

The architects behind the global insanity we are witnessing are very organized—and so it is that the people must also organize. We must exit and build better parallel systems and communities. We must develop and activate strategies to not only resist the World Economic Forum’s Great Reset, but to create a better future.

We must embrace and empower ourselves—and each other—to be the change we wish to see in the world.

The Greater Reset is doing exactly that. 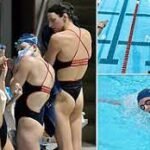