I’ve stopped watching and believing media at 27 and I’m 37 now I feel great and see the world for what it really is.

Jordan B. Peterson discusses why the mainstream media is losing support. Why CNN, The New York Times, ABC, BBC and more are so dead to millennials that their death hasn’t even been noticed. Is the podcast platform going to continue to grow? Will TikTok take over? What is Jordan Peterson’s prediction for politicians going on podcasts?

The mainstream media literally committed suicide when instead of trying to engage in authentic and open discussions, it tried to manipulate public perceptions in favor of corporate and political agendas.

My degree is in journalism, and I left the profession over 30 years ago, because I saw the beginning of its end. I refused to have editors put words in my mouth, or stop me from reporting the truth

Taiwan: It’s fascinating that the culture of eating out and watching cable TV News at the same time hasn’t faded in the 21 years I’ve lived here as an Expat. People are equally glued to their phones of course.

I dropped TV in 2011. Now on 10 years since we have had any cable, satellite, or programming TV in my home. I’m so relieved we did, it is disturbing to see what they play and it’s impact on society now

I am 38 and haven’t watched corporate media in 10+ years. When I catch some of it, I honestly feel like I am listening to slimy used car salesman.

“Forgive character”… when people have meaningful discussion and dialogue they learn, explore other opinions or angles, and in a lot of cases, modify their original stance and evolve in a positive way. Just another benefit I see. Some people thirst for knowledge by reading a book, some enjoy through conversation.

Back in the eighties I used to frequently see a bumper sticker on cars that said “kill your television”. That was ahead of it’s time for sure and more applicably profound today. Another one I saw a lot back then was “question authority”. 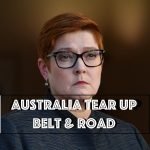 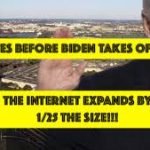 Home » World » The Death Of Marxist State Media. You can smell the panic from the MSM a mile off.