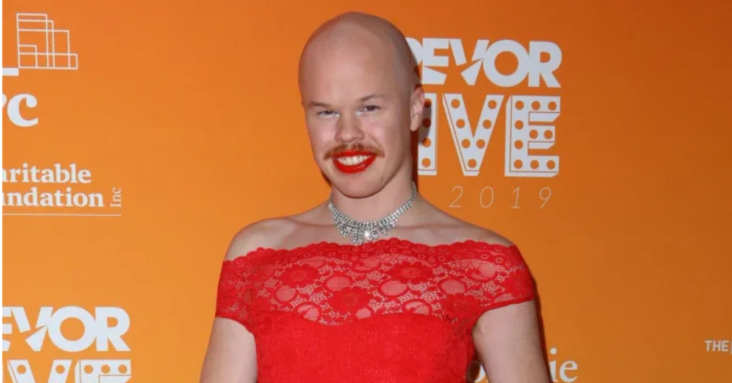 Sam Brinton, the non-binary former federal government official who is now facing the possibility of significant prison time, played a key role in developing a model school policy adopted in multiple states that instructs school districts to keep “unaffirming” parents in the dark about a potentially suicidal child’s gender identity or sexual orientation.

Brinton, a biological male who gained notoriety for being one of the U.S. government’s first non-binary officials, was recently fired from the Office of Nuclear Energy, an agency of the Department of Energy (DOE), after being charged with stealing airport luggage on multiple occasions.

Before joining the federal government, Brinton was in charge of advocacy and government affairs at the LGBTQ youth suicide prevention nonprofit The Trevor Project, where he helped craft a “Model School District Policy on Suicide Prevention” in 2019 along with the American Foundation for Suicide Prevention, the American School Counselor Association and the National Association of School Psychologists.

Brinton cheered the model at the time, saying it’s “imperative” for school suicide prevention policies to be “LGBTQ competent.”

“In addition, our research shows that more than half of LGBTQ youth are not out to a single adult in school; these policies show LGBTQ youth, out or not, that their school is a safe place for them to learn, and that school staff are prepared to help them in times of crisis,” Brinton said in a Sept. 9, 2019, press release.

The model, which has since been adopted at local and state levels across the country, places severe restrictions on what school officials can communicate with a parent or guardian if a suicidal student identifies as LGBTQ.

“While parents and guardians need to be informed and actively involved in decisions regarding the student’s welfare, the school mental health professional should ensure that the parents’ actions are in the best interest of the student (e.g., when a student is LGBTQ and living in an unaffirming household),” the model states.

“Recent research shows that LGBTQ youth who are rejected by their parents are at a much higher risk of depression, suicide, illegal drug use, and unprotected sexual practices,” it continues. “Conversely, acceptance and support by family results in higher levels of self-esteem, lower levels of suicidal ideation and self-harm incidents, and better overall physical health.”

Under a section titled, “Special Considerations,” schools are told not to share a student’s gender identity or sexual orientation with a parent or guardian unless that student explicitly consents.

“When a parent is notified of perceived suicide risk or an attempt, it is essential that the school maintain student confidentiality related to personal information such as sexual orientation or gender identity, especially when the student has not already disclosed to the parent or guardian and does not want it shared,” the model states. “Information shared should be restricted to the perceived risk of suicide or facts of the attempt.”

Disclosing a student’s sexual orientation or gender identity without their explicit consent can in some cases endanger the student and at a minimum will impair the rapport developed with the professional,” it continues. “Through discussion with the student, the principal or school-employed mental health professional will assess whether there is further risk of harm due to parent or guardian notification. If the principal, designee, or mental health professional believes, in their professional capacity, that contacting the parent or guardian would endanger the health or well-being of the student, they may delay such contact as appropriate.”

“Consultation with another mental health professional is recommended before taking such inaction,” the model adds. “If contact is delayed, the reasons for the delay should be documented. Legally, the parent should not be contacted and Child Protection Services should be notified if abuse or neglect is suspected.”

School staff are instructed to always “validate” students who choose to share their sexual orientation or gender identity with the school, and the information should be “treated as confidential” unless they have “the student’s permission” to disclose it.

“In the case of parents who have exhibited rejecting behaviors, great sensitivity needs to be taken in what information is communicated with parents,” it says. “Additionally, when referring students to out-of-school resources, it is important to connect LGBTQ students with LGBTQ-affirming local health and mental health service providers.”

The model has been adopted, at least in part, by the state education departments for Arizona, Idaho and Virginia, as well as local school districts in California, New Hampshire and Oregon, to name a few.

“Parents love their children and want the best for them; we desperately want to be involved in their lives so that we can help our family members thrive, both personally and academically,” Nicki Neily, founder and president of Parents Defending Education, told Fox News Digital. “It is unconscionable that a document created by associations, which parents trust — such as the school counselors and school psychologists — would imply otherwise.”

“This is a deliberate attempt to undermine familial relationships, which are very difficult to rebuild once damaged,” she said.

Meanwhile, Sen. John Barrasso, R-Wyo., is calling on the DOE to launch an internal investigation into its security clearance process for the hiring of Brinton.

Barrasso — the chairman of the Senate Republican Conference and ranking member of the Senate Energy and Natural Resources Committee — told Fox News Digital that he was renewing his calls for answers from the DOE and Energy Secretary Jennifer Granholm regarding the agency’s vetting process for employees and appointees. The Wyoming Republican said Granholm has repeatedly ignored his previous requests for answers.

“It is clear as day that felons should not hold security clearances,” Barrasso told Fox News Digital. “For months, I’ve been demanding answers from the Department of Energy on their failed security clearance process. Secretary Granholm has provided none.”

“When people are appointed to critical positions with important national security responsibilities, Americans must be confident they can be trusted,” he continued. “The department must launch a thorough investigation into the vetting process. They have to respond to legitimate oversight inquiries. It’s in our national security interest.”

Brinton’s lawyer did not respond to Fox News Digital’s request for comment. 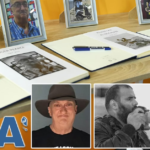 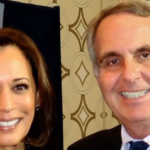