Former Blues and Tonga halfback Taniela Moa has died at the age of 36.

Moa made his debut for Auckland in 2005 and played 58 times for the province, winning two NPC titles and lifting the Ranfurly Shield.

During 2007 and 2010 he earned 27 caps for the Blues in Super Rugby, before switching his provincial allegiance to Bay of Plenty fo spending a season with the Chiefs.

The halfback also represented Tonga on 21 occasions and played in all four games for Ikale Tahi at the 2011 Rugby World Cup, including starting against the All Blacks in the tournament’s opening game and featuring in the 19-14 upset of eventual finalists France.

It could have been a very different story had Moa taken the field when he was called up to the All Blacks squad in 2008 as an injury replacement for Andy Ellis.

But halfbacks Jimmy Cowan and Piri Weepu were already part of Graham Henry’s travelling squad in South Africa and Moa never featured, remaining eligible for the country of his birth.

Auckland Rugby paid tribute to Moa on Twitter, saying their “thoughts and condolences” went out to the family, while the Tongan Rugby Union shared a tribute on Facebook.

We are shocked to hear of the sudden passing of our Uso, Taniela Moa. Such a huge loss and gone too soon.

Our prayers and thoughts goes to the Ikale Tahi Team, Tongan Rugby and also the Moa family. Rest well Taniela.

“A stalwart of Ikale Tahi Tonga rugby who will now have his named etched among the echelons of the legendary greats,” they said in a statement. “Such sad news to receive about the passing of Taniela Moa.

“We would like to send our love and deepest condolences to his family through this sad and tragic time. May he fly high among God’s army and look over you all.

Auckland Rugby would like to acknowledge the sad passing of Taniela Moa.

Taniela had 58 caps in the Blue and White Hoops winning two NPC titles. Taniela also went on to represent Tonga on 20 occasions.

Our thoughts and condolences go out to the Moa family at this time. pic.twitter.com/TeGBgqBCYp 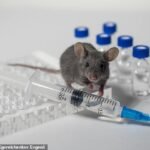 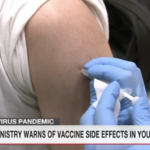