Chicago’s Francis W. Parker School, which was caught giving sex toys to students, has received tens of thousands of dollars from a foundation run by a transgender billionaire.

One administrator at the Chicago private school admitted to teaching “queer sex” to students, an investigation from Project Veritas found.

The school, which is affiliated with the private school accreditation organization the National Association of Independent Schools (NAIS), has also pursued a radical Critical Race Theory agenda, even hosting an affinity group club for kindergarteners that bars white students from attending.

Breitbart News revealed that the NAIS pushed “queer inclusive curriculum” on children in pre-kindergarten. Meanwhile, parents calling themselves the Undercover Mothers formed a network to pushback against woke indoctrination.

Breitbart News has found that the Francis W. Parker School has received at least $45,000 from the Tawani Foundation, a leftist foundation founded by billionaire Col. Jennifer Pritzker, a man who identifies as a woman. Jennifer Pritzker is the cousin of the Democrat Governor of Illinois J.B. Pritzker.

The Tawani Foundation’s grants page lists five different grants to the Francis W. Parker School. The first grant listed on the website, which provided the school with $5,000 is from 2015, though it notes the school has been a recipient since 1995.

The Francis W. Parker School even has a “Robert A. Pritzker Visiting Scientist” program, named after a relative of Jennifer Pritzker. The 16th annual visiting scientist was Dr. Mika Tosca, a man who identifies as a woman.

Tosca has made inappropriate sexual remarks on Twitter, where he has discussed “doing exorbitant amounts of party drugs off the toilet seat” and having sex with “every man who had a pulse.”

A report from Breitbart News revealed the Tawani Foundation has given at least $25k to Harbor Camps, an overnight camp for children as young as eight-years-old who identify as transgender.

The Tawani Foundation also gave $1 million to Lurie Children’s Hospital of Chicago in 2016 to support the children’s hospital’s “Gender and Sex Development Program.” The program offers a number of medical interventions, including puberty suppression, hormone therapy, and referrals for sex change operations.

An in-depth report on the Pritzker family’s role in the promotion of transgenderism explains that Jennifer Pritzker has a financial stake in the medical industry. The investigation reads:

Tawani Enterprises, the private investment counterpart to the philanthropic foundation, invests in and partners with Squadron Capital LLC, a Chicago-based private investment vehicle that acquires a number of medical device companies that manufacture instruments, implants, cutting tools, and injection molded plastic products for use in surgeries.

Breitbart News has documented the extensive ties between entities and personnel within the medical and pharmaceutical industries and pro-transgender organizations.

In one instance, an organization called the GenderCool Project that seeks to normalize transgender identification among children was sponsored by AbbVie Inc, a medical company that manufactures drugs that are commonly used as puberty blockers.

Several of the directors of these children’s hospital gender clinics have even received money from AbbVie Inc. and Endo Pharmaceuticals, both of which produce drugs that are frequently used off-label as puberty blockers.

These puberty blocker companies have also given money to multiple medical organizations that have voiced their support for medical interventions, including puberty blocker use, on children who identify as transgender.

The Francis W. Parker School did not respond to a request for comment. 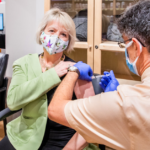 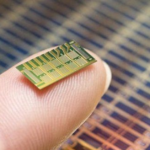