Over 50 MPs facing allegations of sexual misconduct in Westminster probe

Daily Record revelations of allegations against two SNP MPs are reportedly only tip of a sexual misconduct iceberg at Westminster, according to new reports.

Three cabinet ministers are among more than 50 MPs reportedly facing allegations of sexual misconduct after being referred to a parliamentary watchdog.

A total of 56 MPs, including two Labour shadow cabinet minister, have been reported to the Independent Complaints and Grievance Scheme (ICGS), according to the Sunday Times newspaper.

The figure is thought to include two SNP MPs, Partick Grady and Patricia Gibson, who have had complaints made against them to the parliamentary body.

Grady and Gibson are believed to have received the findings of an independent probe and asked to respond after claims that first emerged in the Daily Record.

The ICGS, which is understood to be handling 70 separate complaints dating back to 2018, was set up in the wake of the #MeToo movement.

The 56 MPs have not been named. At least one of the complaints made to the watchdog is believed to relate to a criminal offence.

The revelations come as after Imran Ahmad Khan, the disgraced former Conservative MP, resigned after he was convicted of sexually assaulting a 15-year-old boy in 2008, triggering a by-election in his Yorkshire seat of Wakefield. Khan is appealing against the conviction.

Tory MP David Warburton also had the whip suspended after a series of allegations relating to sexual harassment and cocaine use. He denies the allegations and has insisted he has “enormous amounts of defence”.

Conservative Party chairman Oliver Dowden said Westminster is a “safe place to be a woman” despite the soaring number of allegations of sexual misconduct being reported.

Asked on Sky News’ Sophy Ridge On Sunday programme how concerned he is about the allegations and what it says about the culture in Westminster, he said: “On the face of it, those look like concerning allegations.

“But I think you would expect that due process should happen and that the investigation should be conducted. I personally know absolutely nothing about it, and you wouldn’t expect me to, that would be a matter for House authorities.”

“I think actually we’ve made big improvements over the past 20 or 30 years. And some of the things that happened I’m sure when you were a young reporter and when I started out in Westminster certainly wouldn’t happen now, and I think that’s something that has improved very much for the better.” 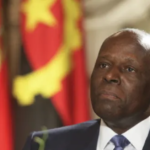 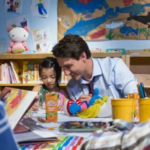