The Georgia Record was contacted earlier this month by Kevin Moncla, an independent analyst in Dallas, TX who has been submitting open records requests to Fulton County, GA regarding the 2020 election.

Moncla recently filed a complaint with the Georgia State Election Board highlighting inconsistencies found in vote totals on the night of November 8th, 2020 and the following recount in December.

You can read the entire complaint on the PDF below.

Essentially, the vote totals from the general to the recount didn’t match. The recount tally was off by approximately 17,000 votes. After being ordered to ‘reconcile’ the data by Secretary of State Raffensperger, Fulton ‘found’ the 17k votes. However, no paper trail exists for these ballots. No ballot images exist.

Where did Fulton County officials find the extra 16,382 votes in a few hours?

“There is one-person one-vote in this country, and that means duplicates, copies and missing/imaginary ballots are not supposed to count- We have evidenced in this complaint that they were in-fact counted and in determinative quantities.
It may not be election fraud, but it certainly is unacceptable“
Kevin Moncla

In addition, Fulton County used data in 2020 from 10 vote tabulators THAT DO NOT EXIST. 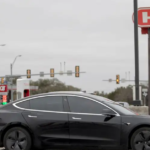