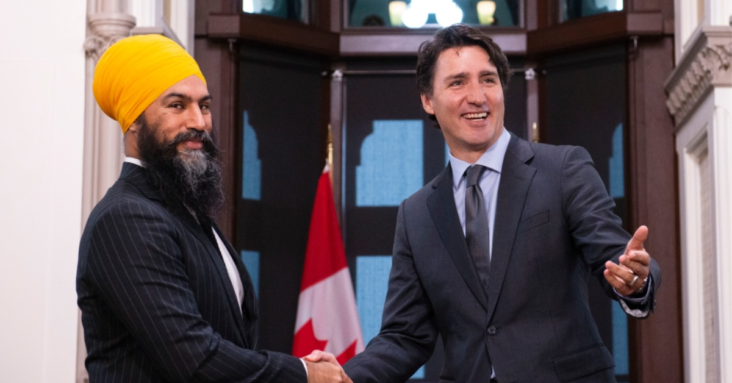 We’re less than a week into 2023, and the federal government is already overstepping its constitutional authority.

The federal Liberal Natural Resources Minister, Jonathan Wilkinson, has announced that his government will be going ahead with its “Just Transition” plan – the one that the federal NDP insisted be included in their confidence and supply agreement.

This is the price that the federal Liberals, and by extension all Canadians, must pay in exchange for the NDP propping up their minority government.

You would think, after a year of record high energy prices, and record high prices generally, that the government would be looking for ways to expand energy production, bring prices down for everyone, and grow the economy.

Instead, Ottawa seems hell-bent on hurtling down the path toward economic ruin.

Not since Pierre Trudeau’s “National Energy Program” has the federal government taken aim at the energy industry in such a blatant and damaging way.

But, while the “National Energy Program” certainly decimated the energy industry when it was implemented, the plan, or at least the intent of the plan, was actually to expand the oil and gas industry.

It’s an ideological plan with an explicitly stated goal of eliminating the oil and gas industry entirely.

Canada was intended to be a federation – a union of mostly self-governing provinces.

Confederation created a system where there was a clear division of powers between the federal government and the provinces, not a hierarchy of government authority.

The “Just Transition” is an unconstitutional infringement of provincial rights, by a federal government that doesn’t seem to care about following the constitution or the rule of law – it’s illegal.

To think that, in the blink of an eye, Canada can simply abandon its oil and gas industry is so economically irresponsible it’s, frankly, insane.

The sheer magnitude of new generation, raw materials, manufacturing, and upgrades to supply chains and infrastructure that would be required in such a short period of time is ridiculous.

Closing down the oil and gas sector will lead to reduced incomes and increased costs.

Home electricity, heating, and transportation prices will skyrocket for individuals.

Farming and manufacturing costs will spike, as will transportation costs for businesses, all of which will be passed on to individuals.

A shortage of oil and gas will increase the price of everything Canadians buy.

If you think we’re suffering from an affordability crisis now, just wait until we drastically reduce the supply of the one thing needed to produce food, create goods, and live in comfort – energy.

Shutting down our existing supply of energy before we have an absolute guarantee that a replacement is fully ready is insane.

Millions of people around the world are still living in energy poverty.

They’re burning coal, wood, or even dung, to survive, causing health problems from breathing in the toxic fumes.

They’re unable to operate businesses or do their homework in the evening because they don’t have the electricity needed to power lights after it goes dark.

It’s easy for academics to sit in their ivory towers talking about potential problems in the future, but they’re all ignoring the very real problems and challenges being suffered by millions of people right now – harms that Canadian energy could help solve.

There’s even an environmental case to be made for expanding our energy sector.

Canada has access to abundant, cheap, natural gas, which we could develop and export.

Instead, by choosing to leave those resources in the ground, we’re forcing other countries to adopt or expand their usage of coal – which is worse for the environment!

By not developing our LNG, we’re condemning other countries to continue burning coal, which comes with a whole host of health and air quality issues.

Canada should be increasing its energy production, to export to the world and increase the standard of living for millions.

Sitting around lecturing those less fortunate than us, instead of helping them, is immoral.

Finally, the “Just Transition” is not just.

The government is promising oil and gas workers a “pipeline” to a new job.

They’re promising to help transition anyone and everyone working in the oil and gas industry into new “green energy” jobs.

But, given Prime Minister Trudeau’s track record on pipelines, this promise will, no doubt, end up as nothing more than a disaster of epic proportions.

Does anyone seriously think that the federal government is in a position to guess what new industries will be profitable, and train up hundreds of thousands of people to work in them?

The last time the federal government shut down an entire industry, it resulted in the single largest mass layoff in the country’s history.

Roughly 30,000 people in Newfoundland were put out of work thanks to the cod fishing “moratorium”.

Despite promises from the federal government that workers would be helped, livelihoods would be protected, new industries would be created, and new higher-paying jobs would replace the ones lost, none of that happened.

When they promise that this time will be different, don’t listen.

The “training” provided to oil and gas workers won’t be effective – it won’t provide them a guaranteed job in a “sustainable” industry.

The “new industries” created by government subsidies won’t be sustainable.

They’ll probably stick around long enough to take advantage of the government handouts, only to disappear when the subsidies disappear.

Alternatively, and probably more likely, the government will be forced to keep funnelling more and more money into these make-work projects in order to keep buying votes.

How’s that for sustainable?

You can call it whatever you like – but renaming a one-way trip to the unemployment line a “just transition” doesn’t make it anything other than what it is.

Even now, 30 years later, Newfoundland is still feeling the impacts of Ottawa’s interference.

The combined direct and indirect effects of the oil and gas industry make up a gigantic share of Canada’s economy.

Every other industry needs cheap and reliable energy to function.

Imagine what will happen to the Canadian economy if we allow the federal government to destroy the oil and gas industry.

Every single Canadian, and much of the entire world, relies on our cheap and reliable sources of energy.

The impact of getting this “transition” wrong could be catastrophic.

There’s nothing “just” about it.

It’s “just” the loss of your livelihood.

It’s “just” the wholesale destruction of an entire industry.

Let’s call it what it is – an Unjust Transition – and it must be stopped.

Tell the federal government to stay in its constitutional lane and leave the energy sector alone.

Join us in fighting this illegal, insane, immoral, and unjust plan by signing the petition today. 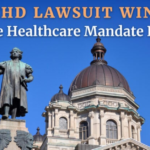