Married Met Police officer, 45, who used his job to try to start sexual relationship with 'vulnerable' 15 and 16-year-old girls is jailed for two years

A married Metropolitan Police officer who used his position to try to start a sexual relationship with two ‘vulnerable’ teenagers has been jailed for two years.

Married PC Adnan Arib, 45, ‘used his position as a police officer’ to obtain the mobile phone numbers of both girls, aged 15 and 16, before asking whether they had boyfriends and inviting them out for drinks.

The younger girl said she felt his ‘intentions were of a sexual nature’ when Arib, who had first been called to her home by her mother, met her in a park after school.

The 16-year-old said she began feeling ‘uncomfortable and a bit weird’ when the officer told her she was ‘very pretty’ and invited her out while in Bethnal Green police station, east London, at around 5am.

A court was told Arib, of Barking, east London, sent her dozens of text messages, including late at night, for around two months, asking her to meet him.

The PC, who has been suspended by the Met, claimed he wanted to offer the girls ‘career advice’, but a jury at Southwark Crown Court found him guilty of two counts of misconduct in a public office between April and July 2019 following a trial.

He was today jailed for two years.

Sentencing him, Judge Deborah Taylor said: ‘What is clear from the evidence, in this case, is that there was a sexual undertone to your behavior.

‘Once the jury had rejected your explanation, the only inference is you were trying to gain their trust to pursue some sort of sexual relationship.’

Highlighting the ‘gross disparity in age’ between Arib and the girls, she told him: ‘You were a police officer and you used your position as an officer to obtain the mobile phone numbers of two young women, who were then aged 15 and 16 respectively.

‘They were both vulnerable, and in your treatment of them you abused the public’s trust in you as a police officer.’

The judge added: ‘I take into account that the important aspect of the sentence, in this case, is punishment and deterrence, because not only must police officers be deterred from misconduct but the public must see that very serious punishment will be visited on those who betray the trust given to them and don’t live up to the high standards required by any police force.’

Dressed in a black suit, burgundy shirt, and black tie, the disgraced officer did not react as he was taken down to the cells.

Arib first came into contact with the 16-year-old after she was picked up by police, having been reported missing on April 1, 2019.

While in the station, Arib asked for her phone number and if she was in a relationship, told her she was ‘very pretty’ and that he wanted to take her out, a court was told.

He accessed a police report about her and officers later found 47 text messages had been sent between them on a phone he had initially tried to deny was his, a jury heard.

He told her to deny the suspected theft, got her phone number, then later asked if she had a boyfriend and suggested taking her out for a drink when they met in a park.

In a victim impact statement, she said: ‘I felt uncomfortable because I know his intentions were not pure.

‘I felt his intentions were of a sexual nature and that he had other people waiting for us.

‘It was inappropriate because he was trying to take me somewhere.

‘For a while I feared for mine and my mum’s safety because he knew where I lived.

‘If I was as vulnerable as he thought I was I am sure the situation would have carried into something more.’

Her mother said: ‘I feel guilty because I called the police for only £10 and then this situation happened.

‘We don’t feel secure in our own home.

‘I now have a lack of trust in the UK authorities because he’s a policeman.”

Patrick Hill, defending Arib, said the loss of his career and reputation are ‘inevitable’, adding: ‘The disciplinary proceedings will no doubt be fast-tracked in light of the jury’s verdicts.’

Mr Hill added that Arib’s wife of 18 years was ‘dependent on him to an extent’ and that the family had no assets.

After today’s sentencing, detective chief superintendent Marcus Barnett, in charge of policing for Hackney and Tower Hamlets, said: ‘Officers like PC Arib are not welcome in our Met and the sentence handed to him today reflects the seriousness of his actions.

‘Now that the criminal case has concluded we will move to misconduct proceedings as soon as possible.

‘The communities we serve come to us in need of help and at times of great distress. It is our duty to do so in the most protective and professional way and we will not stand for anyone who fails to take this responsibility seriously.

‘The trust of the public is fundamental to our core purpose of keeping London safe.

‘We only want the best and I hope this demonstrates that we will always act when our employees fall below the exemplary standards we and the public expect.’

The Met said it would not wait for inquiries to be completed to regain the public’s trust, pointing towards two independent reviews, an examination of all current investigations of sexual and domestic abuse allegations against Met employees and an increase in the number of investigators in its professional standards directorate. 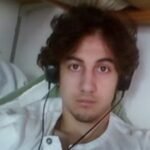 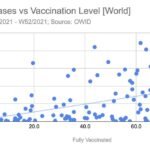 Home » World » Married Met Police officer, 45, who used his job to try to start sexual relationship with ‘vulnerable’ 15 and 16-year-old girls is jailed for two years