The Democrats’ tax-and-spend bill making its way through the senate adds 87,000 new IRS agents to an already politicized agency.

The so-called ‘Inflation Reduction Act’ will give $79.6 billion to the IRS over the next 10 years.

The Wall Street Journal said the new army of IRS agents will target the middle and upper-middle class.

“The idea that there’s gonna be this army of IRS agents descending on the average American is just preposterous,” Blumenthal said as Lindsey Graham laughed and nodded in agreement.

According to new analysis, the IRS audits the poor at 5 times the rate of everyone else, CBS News reported.

Tax season is a fraught time for taxpayers, who are understandably eager to get their refunds quickly and who may fret that processing hiccups could delay their checks. But some Americans may have more grounds for concern than others: low-income households with less than $25,000 in annual earnings.

This group is five times as likely to be audited by the IRS as everyone else, according to a new analysis of IRS data by the Transactional Records Access Clearinghouse (TRAC) at Syracuse University. About 13 tax returns out of 1,000 filed by those earning less than $25,000 were audited in the fiscal year ended September 30, compared with a rate of 2.6 for every 1,000 returns for people with incomes above $25,000, TRAC found.

The reason is a rise in what are known as “correspondence audits,” a review of a tax return that’s typically handled by the IRS via letters and phone calls, as opposed to the typically more complex face-to-face audits. More than half of the correspondence audits initiated by the IRS last year involved low-income people who claimed the Earned Income Tax Credit (EITC), TRAC found.

The IRS also has a history of targeting conservative groups.

Lois Lerner, the controversial director of the tax-exempt organizations division at the Internal Revenue Service, has a long sordid history of targeting conservatives. 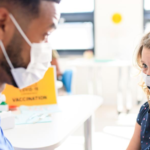 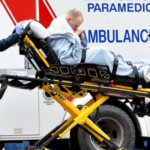 Home » World » Lindsey Graham Nods in Agreement as ‘Da Nang Dick’ Blumenthal Mocks Americans For Being Freaked Out Over an Army of 87,000 New IRS Agents