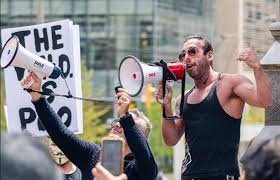 Thought criminal Chris Sky joins The Alex Jones Show to break down what people should expect from the growing global medical tyranny after dodging an illegal arrest because he spoke out.