Justing Trudeau has a long list of scandals being the Prime Minister, but these facts are Justin Trudeau has not been a good leader of Canada. He has done great harm to Canada. He has not answered for all of the scandals he has, had since being in power and he should have been held accountable to all the canadians he represents.

Justin Trudeau Racketeering has tried to pass a bill that censors all internet content. Bill C-10, is the legislation put forward by the Trudeau Liberals to police the internet, puts most relevant online content under government supervision and regulation. This is so he can spread lies and propaganda from his government through the censorship of what you can look up on the internet. This sure looks like a communist agenda.
Justin Trudeau has great respect for the Chinese communist party(C.C.P). His policies, he has been putting forward, have been more and more totalitarian.
He has restricted canadians right to mobility as it says in the Canadian Charter of Rights.
He has book deals with chinese publishing companies, I believe this is conflict of interest with a total lack of transparency with Canadians in regards to his lucrative ventures in China.
His constant statements of admiration for the Chinese government and country. While China is carrying out one of the largest genocides since Hitler tried to kill off the Jewish people. Criminally acting to rid the world of Uyghur peoples.
He is constantly doing business deals for canada with Chinese communist military and the Chinese communist party and Chinese state run companies using taxpayers dollars.
Justin while he is working tirelessly at stopping global warming, he is continually giving China, one of the worlds biggest pollution contributors, government contracts paid for with Canadian taxpayers money.
Justin Trudeau has purchased 10 times the amount of vaccine shots in ratio to the entire canadian population. If he has his way we will all be taking covid boosters every six months for the forseeable future. I suspect he is getting monies or kickbacks from big Pharma. Since its well documented from studies around the world that:
a) Covid-19 has a 99.8% recovery rate.
b) Average death age from Covid is at or past average life expectancy for canada.
c) People that are double vaccinated are spreading Covid as much as unvaccinated.
d) It has been documented in studies all over the world that the vaccinated are being hospitalized all over the world and dying.
e) It is documented that the vaccine is not effective in stopping the spread of Covid 19 or stopping people from getting sick with Covid 19 at all.
f) The testing in the beginning that was being used for detection of Covid-19 was not very accurate, therefore causing to many false positives detecting influenza as covid-19 and creating hysteria and fear.
I Believe there are many, many more reasons Justin Trudeau should be criminally investigated. I just don’t have time to name them all. 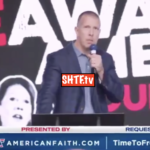 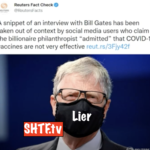