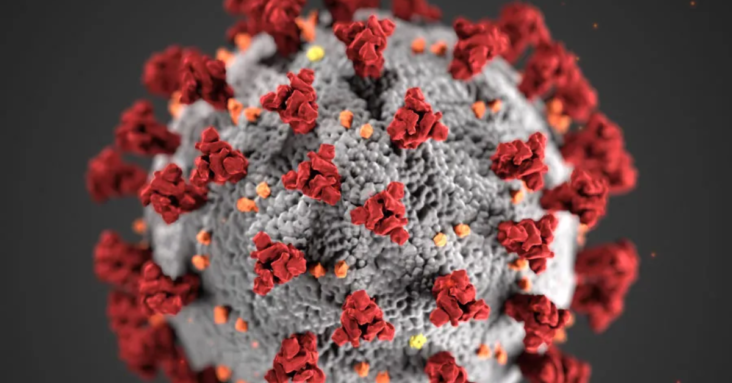 How to remove Graphene, which is being transmitted from the COVID Vaccinated to the Unvaccinated, from your body

Graphene oxide, a substance that is poisonous to humans, has been found in the Covid 19 “vaccines”, in the water supply, in the air we breathe through chemtrails, and is even in our food supply.  Graphene oxide interacts and is activated by electromagnetic frequencies (“EMF”), specifically the broader range of frequencies found in 5G which can cause even more damage to our health.

The symptoms of graphene oxide poisoning and EMF radiation sickness are similar to those symptoms described as Covid. The good news is, now that graphene oxide has been identified as a contaminant, there are ways to remove graphene oxide from our bodies and restore your health.

This is a holistic approach of using several different methods simultaneously for the best effect. Including, specific supplements to degrade the graphene oxide in the body, and controlling EMFs in the environment to minimize graphene oxide activation.

This information comes from several sources and is based on scientific studies. Links are reference below.

Glutathione is a substance made from the amino acids: glycine, cysteine, and glutamic acid. It is produced naturally by the liver and involved in many processes in the body, including tissue building and repair, making chemicals and proteins needed in the body, and for the immune system.  We have a natural glutathione reserve in our bodies. This is what gives us a strong immune system.

Graphene oxide when oxidised or activated by specific EMF frequencies overruns the body’s ability to create enough glutathione, which destroys the immune system and causes the illness.  In events of illness (such as Covid symptoms and all the “variants”) it is necessary to raise glutathione levels in the body in order to cope with the toxin (graphene oxide) that has been introduced or electrically activated.

“We have seen clinical trials with hundreds of patients who were in the ICU, on a respirator and intubated, practically on the verge of death. With bilateral pneumonias caused by the spread of graphene oxide and subsequent 5G radiation in the lung plaques. Well, this diffuse stain in these patients is symmetrical, which would not happen with a biological agent since it would be rather asymmetrical, as for example when there is a pneumococcal infection, right? Well, in that case a diffuse stain usually appears in one part of the lung, but not in another, not in both symmetrically. So, when treated with glutathione via direct intravenous —or even orally as well— or with N-acetylcysteine (NAC) 600 mg or higher doses, people within hours began to recover their oxygen saturation” – Ricardo Delgado,  La Quinta Colmuna

Zinc in combination with NAC are essential antioxidants used to degrade graphene oxide. Ricardo Delgado states that with these two antioxidants he has personally helped people affected by magnetism after inoculation.  This is in people with two doses of Pfizer who have become magnetic and after these supplements they no longer have this symptom.

Other supplements that can be taken to assist in the removal of graphene oxide are:

For more information on these supplements for graphene oxide removal please see this LINK.

Graphene oxide is activated by EMF, specifically the frequencies that are part of the 5G spectrum. All materials have what is known as an electronic absorption band. An absorption band is a range of wavelengths, frequencies or energies in the electromagnetic spectrum which are characteristic of a particular transition from initial to final state in a substance. This is a specific frequency above which a substance is excited and oxidises very quickly. Frequencies beamed at human beings that have a build-up of graphene oxide in their body can cause the graphene oxide to multiply very rapidly, breaking the balance of glutathione and causing a cytokine storm in a matter of hours.

It is from these studies that we can summarise some of the characteristics of conductive hydrogels.

Characteristics of conductive hydrogels: self-recoverability, electrical conductivity, transparency, freezing resistance, stretching, self-healing, stimuli responsiveness which means it does certain things when 5G hits it (or other frequencies for that matter).

We are surrounded in EMF radiation from cell phones (or mobile phones), TV’s and Wi-Fi. Many areas are also turning on 5G and there have been investigations done showing the correlation between the 5G networks and the Covid outbreaks in an area. To best protect yourself from graphene oxide poisoning and the activation of graphene oxide in your body it is necessary to do several things to limit your EMF exposure.

Some suggestions on how to do this include: do not live in a city with a lot of towers if you can help it, turn off your Wi-Fi at night and stay away from smart meters and other smart devices if at all possible. Another option is to use EMF protection products such as orgone energy devices to help transform the EMF radiation to mitigate the harmful effects.

Since graphene oxide is activated by EMF, you want to create a protective barrier in your immediate environment that mitigates the EMF so that it does not activate the graphene oxide. In the 1930’s a discovery was made that can be applied today to help with EMF protection. During a series of experiments, the late Dr. Wilhelm Reich discovered that living samples placed within containers made from alternating layers of steel and non-conductive organic material were able to harness healthy “cosmic energy” from the environment. He called this energy “orgone.” These orgone accumulators and had the ability to: preserve blood samples for longer periods of time; sprout healthier plant seedlings; and, provide pain relief for his patients who sat inside them.

Today, instead of using sheets of steel and plastic we use a composite made from a blend of iron oxide, steel, brass, shungite and crystal powders encased in epoxy resin. The end result is a harmoniser that is able to transform the harmful wireless fields from cell towers, smart meters, smartphones, internet router and your television, into more beneficial energy for you and your plants and pets. The effects of this scientific phenomenon were replicated and well documented in studies done by the University of Pennsylvania and the Heraclitus Microscopic research laboratory.

The most striking study in light of recent discoveries of graphene oxide can be found in the “Reich Blood Test” performed by the Heraclitus Microscopic Research Laboratory. In this test, they show the effectiveness that orgone energy has on the blood. They took two blood samples and put one in a control box and the other in an orgone energy box. Over time they took microscopic photos of the blood samples and witnessed that the orgone energy sample was able to maintain its life force for a longer period of time (it was like the fountain of youth for blood).

When a red blood cell has defects and starts to die, they can develop something called Acanthocyte formation, where multiple spiky like projections of varying lengths protrude from the cell. The pictures below show what it looks like when a blood cell dies.

This looks identical to the behaviour of the dying blood cells in the Reich Blood Test experiment. What we are seeing here are cells that have been poisoned and are dying. We also see the formation of the spike protein in the last slide. 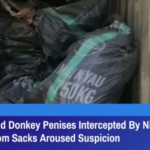 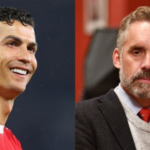 Home » covid » How to remove Graphene, which is being transmitted from the COVID Vaccinated to the Unvaccinated, from your body