Goya Foods CEO on Looming Food Crisis: ‘We Are on the Precipice of a Food Shortage’

Policies leading to a war on fossil fuel as well as the Russian invasion of Ukraine will contribute to a food crisis, according to Robert Unanue, President and CEO of Goya Foods. “We are on the precipice of food shortage.”

Russia and Ukraine together produce half of the fertilizer used in the United States and fertilizer prices have quadrupled, Unanue said on EpochTV’s “Crossroads” program.

However, the fourfold surge in fertilizer prices will affect African and European countries more severely than the United States because the latter is currently more independent with regard to food, Unanue said, with the big problem being that it’s planting season in southeastern Ukraine and people are fighting a war.

“There’s two and a half million acres of sunflowers to be planted,” he said. Farmers there will be planting less and yielding less, because of the rising costs and the lack of good yield. “It’s going to send food prices spiraling.”

Moreover, the irrigation systems in southeastern Ukraine have been bombed and ports have been cut off, Unanue noted. Mariupol, a port on the Azov Sea, has already been cut off, and Odesa, a Black Sea port, is the next target, he added. “That will landlock Ukraine and prevent them from exporting.”

The biggest component of food cost is transportation, so the current war on fossil fuels has made the United States no longer oil independent.

“Shipping in a pipeline is free,” he said. “But when you put it on a ship, with rates 10 times where they were two years ago, we are buying oil at retail.”

Nitrogen-based fertilizers are made from natural gas, so the war on fossil fuels and energy independence also impacts the cost of fertilizers, Unanue said.

The CEO gave an example of coconut water, which his company imports from Thailand in bulk, to illustrate the impact of the surge in transportation costs.

A case of coconut water used to cost $1.44, but now the cost per case has increased to $15 due to rising transportation expenditure, he said. “That’s an inflation, a tenfold inflation.” 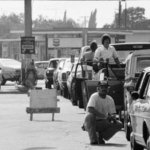 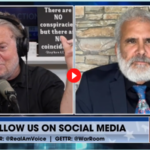 Home » World » Goya Foods CEO on Looming Food Crisis: ‘We Are on the Precipice of a Food Shortage’