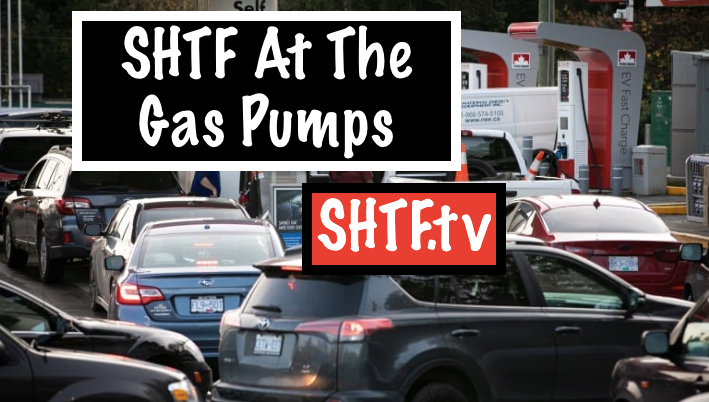 SHTF At The Gas Pumps Vancouver

The Government is turning off the taps.

What we are really seeing here is the  next wave of the take over of our country. The pandemic was to gain control make you live in fear and think all these disruptions were normal because of a Bad flue.

First faze of war is sanctions. Which the lockdowns were, the division of classes of people, further sanctions(just not as noticeable)

Next is destroy the infrastructure. With some weather modification, and couple nicely position light explosives(of which there is word there has been some explosive training in the interior recently) and presto further sanction and restrictions on movement.(getting used to that now aren’t you)

Next is the food, and we’ve been warning you about food shortages, here is the perfect excuse to not get enough to the people.Yes there will be just enough, Enough to keep you complacent.

So another conspiracy coming to furition.

Here Is The FAKE NEWS Story

As catastrophic flooding continues to affect the supply chain in southern B.C., provincial officials have announced new limits on gasoline purchases for non-essential vehicles and travel restrictions along damaged highways.

Public Safety Minister Mike Farnworth announced Friday that members of the general public in affected areas will be limited to 30 litres per visit to a gas station.

The emergency order covers drivers in the Lower Mainland-to-Hope region, the Sea-to-Sky region, Sunshine Coast, the Gulf Islands and Vancouver Island, and will be in effect until Dec. 1. Essential vehicles including emergency responders, public transit, commercial transport vehicles, infrastructure repair vehicles and health-care transportation will not be limited.

“It’s 10 to 11 days that we have to pull together as a province. If we’re greedy, we’ll fail,” Farnworth told reporters.

The heavy rainstorm that struck southern B.C. beginning last weekend forced the closure of the Trans Mountain pipeline, which supplies some of the province’s fuel supply. Rail lines and the highway system were also seriously damaged.

Farnworth said the order includes requirements for gas retailers to make sure their supply lasts until Dec. 1 and that the province will be working with them to make sure that happens.

Gas stations and wholesale distributors will also be prohibited from price gouging, and customers who are abusive, threatening or belligerent with employees can be fined.

Farnworth declined to say how close the province is to running out of gas, but noted supplies are being brought in from Alberta, Washington, Oregon and California.

“If we follow the orders that are in place today, we will be fine,” he said.

Farnworth also announced an order prohibiting non-essential travel on three stretches of highway severely affected by flooding and landslides, and said police checkpoints will be set up at critical areas.

The highways where non-essential travel has been restricted include:

Transportation Minister Rob Fleming announced the reopening of Highway 3 during the same news conference. Assessments are still underway for the Coquihalla Highway, which was seriously damaged or washed away at several locations between Hope and Merritt. 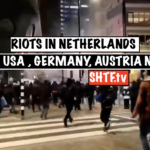 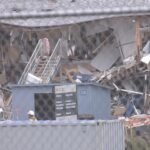