Bruce, who played wide receiver for the Miami Hurricanes, died of a heart attack on April 28, according to the Broward County Medical Examiner

In a report obtained by PEOPLE, Florida’s Broward County Medical Examiner said Bruce died on April 28 of acute myocardial infarction due to coronary heart disease. TMZ was the first to report the news.

Bruce was involved in a car accident in Fort Lauderdale the night before his death, and officials initially suspected that he had a seizure. A spokesperson for the Ft. Lauderdale Police Department told TMZ at the time that medics performed CPR on Bruce before transporting him to a nearby hospital, where he died the next morning.

The Broward County Medical Examiner said Bruce died of “natural” causes and toxicology results determined that nothing in his system contributed to his death.

Bruce was a standout wide receiver at St. Thomas Aquinas High School and went on to join the Hurricanes in college, the outlet said. He ultimately never played for the team and was cut in 2016 after violating multiple team rules, WPTV reported.

Last year, Bruce said the list of violations included falling asleep during meetings and missing the team bus on a game day against Florida State. The Sun-Sentinel reported last year Bruce went on to enroll at Mississippi Gulf Coast C.C. and then Southeastern University after leaving the University of Miami.

“And we know that in all things God works for the good of those who love him, who have been called according to his purpose,” they said in the tweet, which included four pictures of Bruce during his time at the school.

“We are saddened to hear about the loss of one of the greatest players to ever come through SFE. Your infectious energy, and the ability to make anybody laugh will forever live in our hearts,” the team tweeted. “We spoke with Sam’s family, they just ask you to pray for their family during this time.”

Bruce is the nephew of NFL Hall of Fame player Isaac Bruce, who played for the Los Angeles and St. Louis Rams before spending two seasons with the San Francisco 49ers. 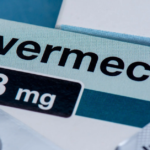 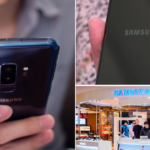