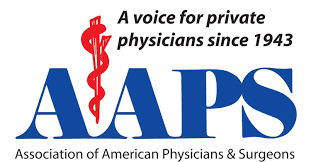 In this follow-up interview with Senior Editor Alex Newman of The New American magazine, former president of the Assocation of American Physicians and Surgeons (AAPS) Dr. Lee Merritt warned about enormous risks associated with the experimental COVID19 “vaccines” from companies such as Pfizer, Moderna, and more. From potentially being used as a bioweapon and lack of safety testing to massive side-effects that can occur and are occurring worldwide, there are huge dangers that are not being discussed by the Big Pharma-funded establishment media. Meanwhile, there are very effective treatments such as hydroxychloroquine that were deliberately suppressed so the vaccine makers could get their experimental gene drug masquerading as a vaccine approved under the FDA’s “Emergency Use Authorization.”