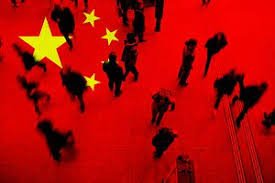 The China threat. We have all heard it, however, are we just looking up to China’s achievements, regardless of whether they are true or false? Are we ignoring our innate strengths as a multicultural democracy? Is China, led by the CCP, truly a threat?
◘ Support me on Patreon for early release, and much more! http://www.patreon.com/laowhy86​
◘ Or, if you prefer, Subscribestar – https://www.subscribestar.com/laowhy86​
◘ Donate and support this channel through Paypal http://paypal.me/cmilkrun​

I like your points of view, but they have the ability to turn on a massive military. Taking over natural resources they will be very wealthy quickly. Maybe Xi wants to leave a legacy. Its been so long since we’ve seen a massive war And their push on HK and the rhetoric to Taiwan I think the countries in the region are getting together for a Reason. Japan, Taiwan, Australia, and with US troops in the area.
The whole world wants to get rid of our elderly.
Even Canada is turning communist with authoritarian government. We have very sick people running the world .
The communists always starve the people to gain power.
justbillionaires. And now he is creating an enemy, he is going to go for a push. As he has lefties around the world pushing the same policies. I think you need to look bigger at all the issues today here and abroad.
And China is pushing the divide and the drugs to the west. We are week, they cant take over the world on their own, but I fear these Global Rest Dudes are with XI. Its very scary.
Another great video. SHTF.tv