OTTAWA – Canada will give Ukraine $115 million to help rebuild its basic infrastructure as many people in the country face a winter without electricity, heat or running water.
Finance Minister Chrystia Freeland is set to make the announcement in Paris, at an international pledging conference where governments are set to make their commitments to rebuild the war-torn country.

The money is coming from tariff revenues imposed upon imports of Russian and Belarusian goods. The Canadian government revoked most favoured nation status from both countries in the spring. Without that status, which WTO countries generally give each other, any goods imported into Canada from those countries pay 35 per cent tariffs.

In advance of the conference, Freeland said the government would do all it could to help Ukraine through winter.

“The brave people of Ukraine continue to need the world’s support as they fight for their freedom and democracy, and Canada will continue to do everything we can to ensure they can make it through the winter and beat back Putin’s barbaric invasion.

G7 leaders met on Monday and pledged their ongoing support for the war.

“In the face of Russia’s illegal, unjustifiable and unprovoked war of aggression against Ukraine, we stood more united than ever, together with Ukraine and in unwavering commitment to our shared values, the rules-based multilateral order and international cooperation.”

The statement from the leaders also pledged to help with the country’s rebuild.

“We are determined to help Ukraine repair, restore and defend its critical energy and water infrastructure. We will help Ukraine in meeting its winter preparedness needs,” read the statement.

The statement said that while they would help Ukraine now, Russia would ultimately have to respond for the damage it was doing to civilian infrastructure.

“We are determined that Russia will ultimately need to pay for the restoration of critical infrastructure damaged or destroyed through its brutal war. There can be no impunity for war crimes and other atrocities.”

“Ukraine’s urgent requirements for military and defense equipment with an immediate focus on providing Ukraine with air defense systems and capabilities.”

Canada has already committed $2 billion to Ukraine, as well as an additional $500 million in Ukrainian victory bonds. It has also provided $2.5 billion in weapons and humanitarian aid since the invasion began. 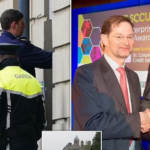