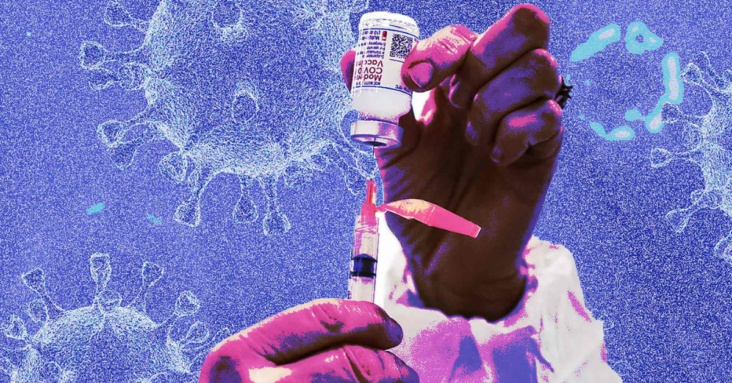 This study aimed to investigate the immune profiles of adolescents and young adults who developed myocarditis after receiving a vaccine. The researchers prospectively collected blood samples from 16 patients who were hospitalized with myocarditis after receiving the SARS-CoV-2 vaccine, and compared them to 45 healthy, vaccinated control subjects of the same age. They performed extensive antibody profiling, including tests for SARS-CoV-2-specific humoral responses and assessments for autoantibodies or antibodies against other viruses. They also analyzed T-cell responses and cytokine production in the blood samples. They found that the immune responses induced by the mRNA vaccine did not differ between the patients who developed myocarditis and the control subjects. However, they did find that the patients with myocarditis had higher levels of free, unbound spike protein in their blood, which may be a potential cause of myocarditis in these individuals.

We noted in these pages back in May of last year that there could be an overload of the immune system itself… but I’m still unclear on the mechanism described here and the one we laid out with help from Jean Rees in May:

Our May 2022 theory of immune complexes:

If you’ve been infected with Covid-19 previously and recovered your antibody titers are pretty robust (titers are a measure of your immune system’s antibodies to ward off Covid) . The younger you are the more robust those titers are sustained. If that person is then vaccinated those titers can go “tilt” and form “immune complexes” which could cause problems. One of the items Jean uncovers below: younger people had some moderate and and pretty severe joint pains. This is confirmation of something we’ve seen before.

Rational Ground by Justin Hart
Pfizer Doc Revelations: Some SERIOUS concerns for younger cohorts
Pfizer recently released a swath of documents after being forced to escalate its release schedule from 75 years to 72 hours. Here. We. Go! TL;DR. If you’ve been infected with Covid-19 previously and recovered your antibody titers are pretty robust (titers are a measure of your immune system’s antibodies to ward off Covid) . The younger you are the…
Read more
10 months ago · 81 likes · 3 comments · Justin Hart

So now we have 2 differing theories. Both allude to something not staying put and traveling throughout various organs. But the latest study seems to indicate that it’s the spike protein and not an immune overload.

The study looked at sixty-one adolescents and young adults between the ages of 12 and 21, including 16 individuals with vaccine-associated myocarditis, provided blood samples for analysis. The majority of individuals with myocarditis were male, and symptoms typically occurred within the first week after vaccination. Most of these individuals developed myocarditis after the second vaccine dose, but some developed it after the first or third booster dose. All patients presented with chest pain and had elevated levels of cardiac troponin T and C-reactive protein. The researchers compared the serological responses of the individuals with myocarditis to those of asymptomatic vaccinated control subjects and found no significant differences in anti-spike or anti-RBD immunoglobulin M, IgG, or IgA levels, or in the ability of the antibodies to engage Fc receptors or activate complement. They also found no significant levels of self-antibodies or strong antibody responses to common pathogens in the myocarditis group compared to the control group. The researchers concluded that all adolescents and young adults mounted a substantial immune response after vaccination, conferring protection against SARS-CoV-2, and that there was no indication that a specific antibody response is associated with myocarditis.

The group with myocarditis also had cytokine profiles similar to those seen in a condition called MIS-C (multisystem inflammatory syndrome in children), with elevated levels of interleukin (IL)-8, IL-6, tumor necrosis factor-α, IL-10, interferon-γ, and IL-1β, and lower IL-4 levels compared to the control group. Additionally, total leukocyte and neutrophil counts were significantly increased in the group with myocarditis, while platelet counts were decreased. These results suggest that postvaccine myocarditis is associated with normal adaptive and T-cell immunity but modest innate activation.

SO – we could be looking back at the LNPs as the culprit – possibly injected into the bloodstream:

In their reports the FDA could only account for 25% of the LNP dispersion.

Note: LNP stands for “lipid nanoparticles” – these lipids are the packaging delivering the mRNA instructions to the body. The documents today spell out that a LOT of LNPs cannot be accounted for. 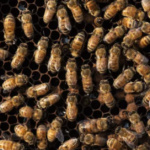 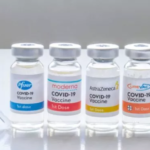