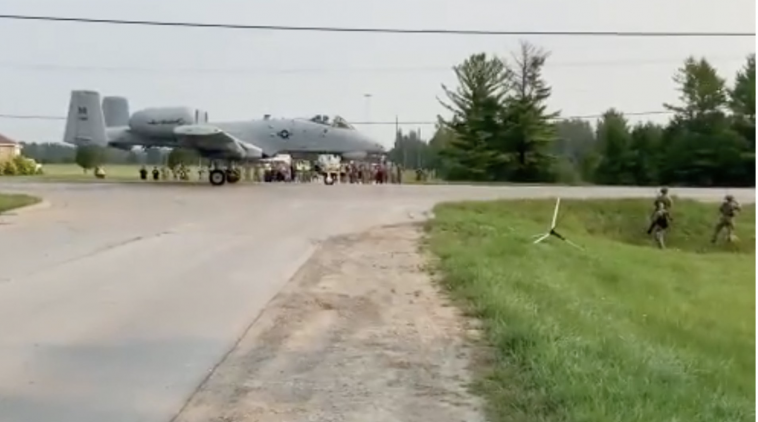 A Michigan National Guard A-10 prepares to take off from local highway M-32 during a training exercise on Thursday August 5. (Screenshot via Twitter / Michigan State Police)

few Air Force A-10 Warthogs just made history by landing on a civilian highway in the U.S. as part of a training exercise designed to test how well airmen can work without a big air base supporting them.

Review: the Gerber MP600 multitool shoots down the competition
Four A-10s, along with two C-146 transport aircraft, landed on a closed-off portion of Michigan State Highway M-32 on Thursday. But this ain’t no super-highway: M-32 is a modest road that stretches across much of the rural northern section of Michigan’s lower peninsula. It’s not quite the “highway to the danger zone,” of the Kenny Loggins’ Top Gun anthem, but Air Force planners were still pumped.

“This is believed to be the first time in history that modern Air Force aircraft have intentionally landed on a civilian roadway on U.S. soil,” said Air Force Col. James Rossi, commander of the nearby Alpena Combat Readiness Training Center, in a recent press release. “Our efforts are focused on our ability to train the warfighter in any environment across the continuum so our nation can compete, deter, and win today and tomorrow.”

Instead of “Danger Zone,” the event was called “Thunder Landing Zone.” And not only did the aircraft land on M-32, they also took off from it. Footage posted to the Michigan State Police and Michigan Department of Transportation’s Twitter pages shows a C-146 and two A-10s taking off from the road.

“No speeding citations were issued during the exercise,” wrote the Maine State Police in its tweet of an A-10 with the Michigan National Guard taking off down the tree-lined street.

“We did it! We made history!” added the Michigan National Guard’s 127th Wing on Facebook.

M-32 may be a local road, but the aircraft landing on it came from all over the country. Two of the A-10 Warthogs flew in from the 355th Wing at Davis-Monthan Air Force Base, Arizona, while the other two came from the Michigan Air National Guard’s 127th Wing. The C-146A Wolfhounds, meanwhile, came all the way from Duke Field, Florida. The twin-engine Wolfhound is used by U.S. Special Operations Command to move special operations teams and cargo.

The landing was part of the annual Exercise Northern Strike, one of the military’s largest reserve component training events. A big theme of this year’s exercise was Agile Combat Employment, an Air Force concept designed to push the branch to operate away from the sprawling support bases it’s become accustomed to. Sometimes it involves a security forces airman learning how to refuel an aircraft because there might not be anyone else around to do it on a random island in the Pacific. Other times, it means landing on a highway because the Air Force wants “to deploy rapidly from anywhere, at any time,” according to the press release.

Air Force A-10s just made a ‘highway to the danger zone’ in Michigan
A Michigan National Guard A-10 prepares to take off from local highway M-32 during a training exercise on Thursday August 5. (Screenshot via Twitter / Michigan State Police)

“Our adversaries have advanced weapons systems and advanced technology that they can use against us, so we need to be able to operate efficiently in austere situations and gain proficiency in those operations,” said Air Force Lt. Col. Brian Wyrzykowski, the mission commander for Thunder LZ and a KC-135 Stratotanker instructor-pilot at the 127th Wing.

This isn’t the first time the A-10 had landed on a highway. Just three years ago, in June 2018, A-10s from the Michigan Air National Guard landed on highways in Estonia as part of the multinational exercise Saber Strike. It makes sense, since the A-10 was specifically designed to be capable of short takeoffs and landings so that it can work close to the front lines, according to the Air Force.

While this may be the U.S. military’s first landing on an American civilian highway, it’s far from the first aircraft landing on one in general. Just last year, a single-propeller civilian plane made an emergency landing on a Minnesota highway while cars were still driving on it, as captured by footage of the event. 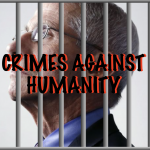 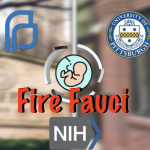 Home » World » America Is Moving Weapons Around The Country