A freshman student at Lawrence North High School died on Monday after EMT was called for a report of “cardiac arrest” at track and field practice.

Lawrence Township Schools has issued a statement confirming that a student, whose name was not released, was a 15-year-old freshman at Lawrence North High School in Indiana.

“The Metropolitan School District of Lawrence Township and Lawrence North High School are extremely saddened by the sudden and unexpected death of a 15-year-old freshman student this evening at Track & Field practice,” the school district said in a statement.

Records show that Emergency Medical Services, and later police, were called Monday afternoon to the 7800 block of Hague Road for a report of a cardiac arrest, although no cause of death has officially been announced and few details are available. School officials later confirmed a student was in cardiac arrest in the area of the football field.

In the statement sent Monday the school said counselors will be available on Tuesday to support students and staff.

At this time, no official cause of death, identification or further details are available. This article will be updated as more information is released. 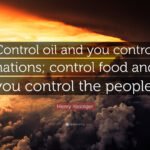 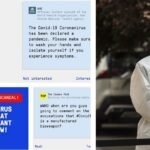