A massive fire broke out in Delhi’s Jamia Nagar electric vehicle parking station. A total of seven fire tenders reached the spot to douse the raging fire. Delhi Fire Service said that the situation is under control now.

The authorities are yet to conclude the reason for the fire. However, it could have happened because of a short circuit. As per reports, nearly 100 vehicles parked caught fire in the accident. But no one got injured.

As many as 30 new e-rickshaws, 50 old e-rickshaws, 10 private cars, 2 scooters and a motorcycle were gutted due to the fire spreading through the parking lot. The Delhi Fire Department received the call at 5 AM.

The tenders reached the spot to douse the fire but not before it spread to char many other vehicles parked.

The reason for the fire is not known

The exact reason that started the fire remains unknown. However, according to the fire tenders, the fire might have started because of a short circuit.

Electric vehicle charging stations use high-voltage electricity. These chargers are mostly high-capacity DC current chargers that use an astonishing amount of power through a complicated system.

Even though there are many fail-safe systems like fuse boxes to cut the supply of the power automatically, sometimes the system does not work.

As the fire tenders have mentioned that short-circuit is the reason for the fire to start, it might have happened very quickly.

Even fuel pumps have hazards

However, there are still many hazards while refilling a fuel tank with highly combustible fuel. One of the most common causes of fire at the fuel stations is static electricity.

You must have felt the static electricity several times, especially during the winter when the air is dry and the phenomena are more prominent.

The body also gets static charged when the car moves and if the person hangs out of the vehicle as this driver did with his legs out and not touching the ground, the static electricity can flow and can cause a spark. 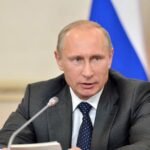 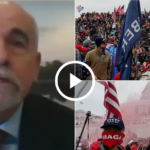